Is it safe to hold back your urine?

Many years ago while at a fancy dinner party hosted by Prague’s most elite, the famous Danish astronomer Tycho Brahe drank too much wine but refused to excuse himself from the dinner table for fear of offending his aristocratic hosts. Once the party was over, he found that he was now unable to urinate. That condition continued for eleven days without passing any urine, and then he died. 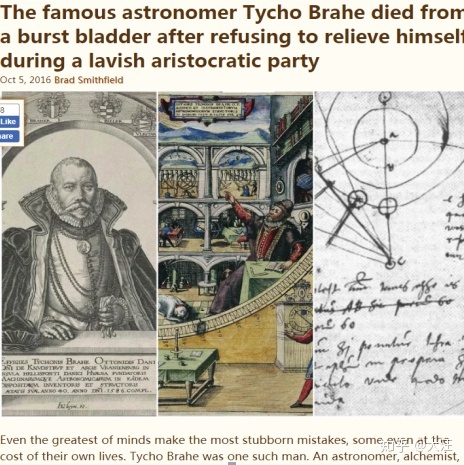 Get up and pee if you need to. Even if you’re at a formal banquet. Nobody wants kidney failure.

What happens to your body after holding your pee?

Urine is one of the waste products produced by human metabolism. It is 95% to 97% water and 3% to 5% solids. Solids mainly include electrolytes and non-protein nitrogen. Among the electrolytes, there are more chlorine, sodium and potassium ions; non-protein nitrogen compounds, urea is the most, these chemical elements cannot be used by the human body, urine is produced in the kidneys and stored in the bladder. After the substance undergoes catabolism in the body, the end products produced by each part of the tissue are successively collected in the blood, and excreted from the body when the blood flows through various excretory organs. As blood flows through the kidneys, the kidneys carry it in the form of urine from the ureters into the bladder and then out of the body.

“Want to pee, but too lazy to get out of the warm bed in the cold winter morning, hold it for a while.”

“Too busy with work, and no time to go to the toilet, hold it for a while.”

When it comes to holding back urine, everyone has experienced it. For many people, the bladder is to store urine. However, you don’t know what changes are happening in your body when you hold back your urine at this time.

After being filtered by the two kidneys, the resulting yellow fluid, urine, travels down the ureter to the bladder. 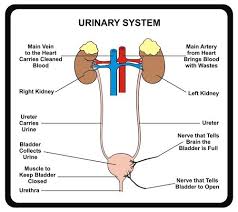 As the amount of urine increases, the bladder expands, like a balloon, and the outer ring of detrusor muscle becomes thinner and thinner. When the bladder is full, the detrusor muscle tightens and the sphincter opens, which means the gate opens and urine is expelled. We generally urinate 4-6 times a day. When 150ml-200ml of urine is stored in the bladder, there will be an urge to urinate. When it reaches 400ml-500ml, it is already very uncomfortable and needs to urinate immediately.

So what if you keep holding it, your brain just won’t let you urinate?

Thousands of receptors on the detrusor muscle are being pulled, sending signals to the spinal nerve center area, and the center sends a signal back to the bladder, causing the detrusor muscle to contract, thereby increasing the pressure in the bladder, letting you know that the bladder is full, At the same time, the internal sphincter opens in preparation for urination. If your brain judges, you can’t pee at this moment! It will send another signal to interfere strongly, causing the external sphincter to contract, thereby holding your urine.

When the urine accumulates to a certain level, in order to protect you, the reflex system will not listen to the brain at all, and will directly send signals to you to urinate.

Hugh Jackman once spoke on the show about the most embarrassing experience of his life. Jackman went to the doctor because of a headache. The doctor suggested drinking three liters of water a day, which he did. Once he was onstage playing Gaston in a 1996 Australian production of “Beauty and the Beast”, he couldn’t hold back and he peed himself in front of a packed house.

What are the harms it will cause by holding urine frequently?

Although holding urine occasionally is not a big problem, if it is often, it will…

This is especially the case for people with benign prostatic hyperplasia. Due to benign prostatic hyperplasia, there is a certain amount of residual urine after each urination. Long-term chronic urinary retention and further urination will damage the bladder nerve and cause nerve damage. Urinary dysfunction will also occur due to the loss of bladder relaxation sensation or the impairment of bladder detrusor contraction function.

Holding urine for long will reduce the resistance of the bladder mucosa, allowing bacteria to take advantage of the opportunity to cause urinary tract infections. In severe cases, the urine in the bladder or the bacteria in the urine will retrograde to the renal pelvis, causing reflux of the kidney. disease and pyelonephritis. Over time, damage to the parenchymal structure of the kidneys can lead to renal failure, especially in children.

Holding back the urine will also prevent the toxic substances in the urine from being excreted in time, prolong the action time of carcinogens in the urine on the bladder, and easily induce bladder cancer. According to a research report by American scientists, those who have the habit of holding back their urine are 3 to 5 times more likely to develop bladder cancer than the average person.

Premature ejaculation itself is caused by oversensitivity, coupled with the stimulation of urine, it will make men more prone to premature ejaculation. In addition, due to the urge to urinate, in order to avoid the overflow of urine, men have to be distracted to control it, which also leads to a decrease in the quality of sexual life, and may even lead to impotence due to excessive forbearance.

Holding back urine will also cause the glands in the male prostate gland to shrink, causing prostate congestion and other conditions, resulting in increased pressure on male reproductive organs, which is easy to induce prostatitis.

People who hold back urine often want to hold back their urine mentally, but are also afraid that the urine will be discharged involuntarily, so the mental burden is very heavy. Holding back urine for a long time will induce mental enuresis. Can’t wait to get out.

Holding back urine can also cause physical and psychological tension, increase blood pressure in hypertensive patients, arrhythmia and even angina pectoris in patients with heart disease, which is tantamount to worsening problems for the elderly with cardiovascular and cerebrovascular diseases, and may also occur Urinary syncope, etc.

So it’s okay to hold back your urine once in a while, and just let it out when you feel the urge to urinate.