Vitamin E (Vitamin E) is also known as tocopherol or vitamin E, because it was first discovered to be related to the reproductive ability of animals. If it is lacking, it is easy to cause infertility and miscarriage. However, decades of research have shown that the benefits of vitamin E are more than that.

What is vitamin E? 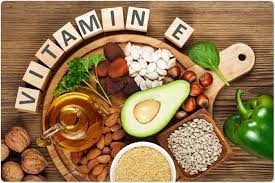 Vitamin E (Vitamin E) is a kind of fat-soluble antioxidant. It is a light yellow oily substance with eight isomers. It can be divided into subtypes of tocopherol and subtypes of tocotrienol , which has an unsaturated side chain.

Each type is further classified into α-, β-, γ- or δ-forms, which are defined by the number and position of methyl groups on the chromophore ring, and different with respect to stereoisomerism, esterification and biological activity.

Vitamin E is mainly bound to the hydrophobic interior of cell membranes and protects cell membranes from damaging oxidation by providing electrons to lipid peroxidation products to scavenge free radicals. In the human body, alpha-tocopherol is the most abundant form.

What are the proven efficacy (benefits) of vitamin E? 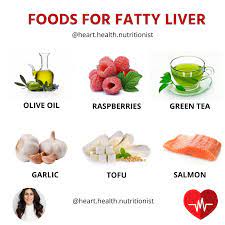 Disease progression can range from benign nonalcoholic fatty liver disease to progressive nonalcoholic steatohepatitis with or without fibrosis, cirrhosis, and hepatocellular carcinoma.

NAFLD is the most common cause of chronic liver disease, affecting 15% to 30% of the general population, but is more prevalent (about 50% to 90%) in people with diabetes, metabolic syndrome, and severe obesity.

A meta-analysis of the literature (15 randomized controlled trials involving 1317 patients with NAFLD) noted that vitamin E (either alone or in combination) improved biochemical outcomes (ALT, AST) in both adults and children. It is also beneficial for additional histological improvement (fibrosis and NAFLD activity scores) in adults and metabolic improvement in the pediatric population.

＊Conclusion: Vitamin E may bring positive help for non-alcoholic fatty liver disease, but limited by the heterogeneity and small sample size of the included studies, more studies are needed for further verification. 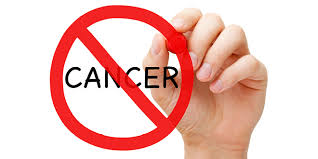 According to the World Health Organization (WHO), an average of 18.1 million people worldwide are diagnosed with cancer every year, which has become one of the major public health problems threatening human health worldwide.

Despite significant advances in the treatment of malignancies, the tumors themselves and their treatments, especially surgery and cytotoxic treatments, predispose cancer patients to serious infections, prolong the hospital stays, and increase healthcare burdens.

A meta-analysis of the literature (12 randomized controlled trials with a total of 167,025 participants) found that vitamin E supplementation had no effect on total mortality, cancer incidence, or cancer mortality, the only positive effect was a reduction in the incidence of prostate cancer.

*Conclusion: Vitamin E supplementation may help reduce the incidence of prostate cancer in high-risk groups, but not for other types of cancer. 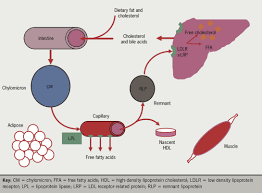 Hyperlipidemia has been shown to significantly increase the risk of atherosclerosis, stroke, myocardial infarction and other cardiovascular and cerebrovascular diseases.

＊Conclusion: For diabetic patients, vitamin E supplementation may have positive effects on blood lipid regulation, but due to the heterogeneity and bias of the included samples, further verification is needed. 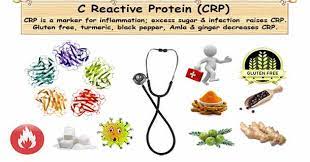 Elevated levels are considered to be an independent and strong predictor of cardiovascular disease and atherothrombotic events.

A meta-analysis of the literature (12 randomized controlled trials with a total of 495 participants) indicated that vitamin E supplementation (in the form of alpha-tocopherol or gamma-tocopherol) reduced serum C-reactive protein levels.

＊Conclusion: Vitamin E may have a positive effect on reducing C-reactive protein, but limited by the small number of samples and heterogeneity, more research is needed to further verify. 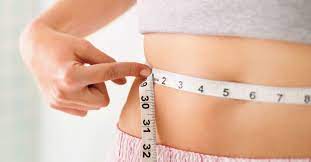 Obesity is a chronic disease that may lead to various diseases such as diabetes, coronary heart disease and osteoarthritis. Several factors may contribute to obesity, including: energy intake in excess of energy needs, low physical activity, sedentary periods, and genetics.

Globally, obesity rates are on the rise for all ages and genders, regardless of geographic location, race or socioeconomic status, and by 2030 more than 50% of the population will be overweight, and about 11% of Americans will be severely obesity.

A meta-analysis of the literature (24 randomized controlled trials with a total of 1267 participants) found that vitamin E supplementation (interventions ranged from 1 to 24 months, with daily doses ranging from 67 to 900 mg) had no effect on body weight, body mass index and waist circumference were not significantly affected. 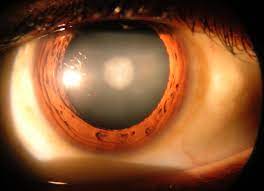 A cataract (age-related cataract) is a visible opaque object in the lens that, when located on the visual axis, causes vision loss.

Senile cataracts, on the other hand, refer to cataracts that do not occur until the age of 50 and are not associated with known congenital, metabolic disturbances, drug-induced opacification, trauma, chemical or radiation factors.

The main mechanism of causing senile cataract may be related to the following factors, such as: protein breakdown and aggregation, destruction of fibroblast membrane, glutathione deficiency, oxidative damage, calcium elevation, abnormal migration of lens epithelial cells.

A meta-analysis of the literature (27 studies with 245,531 participants) indicated that dietary vitamin E intake, dietary and supplemental vitamin E intake, and higher serum tocopherol values ​​may be significantly associated with the risk of lower age cataracts.

Myocardial infarction is a heart attack that reduces blood flow to the heart due to the formation of plaque in the lining of the arteries, causing a lack of oxygen that can damage the heart muscle.

The British Heart Association estimates that the annual incidence of acute myocardial infarction in people aged 30 to 69 is 0.6% for men and 0.1% for women.

A meta-analysis of the literature (including 16 randomized controlled trials) showed that vitamin E supplementation alone reduced the incidence of myocardial infarction by 18% (especially at daily doses greater than 400 IU). However it seems to have no effect when used in combination with other antioxidants.

The underlying mechanism is related to the anticoagulant, antiplatelet, antioxidant effects and anti-inflammatory activities of vitamin E.

*Conclusion: Vitamin E supplementation alone may help reduce the incidence of fatal myocardial infarction, but due to possible bias in the experiment, more research is needed to confirm. 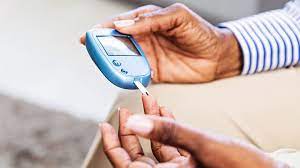 Type 2 diabetes is the most common chronic disease in adults, with a global prevalence rate of 8.3%, about 330 million people, and the number of people suffering from it is increasing year by year.

A meta-analysis of the literature (including 14 randomized controlled trials with 714 participants) indicated that, on average, there is currently insufficient evidence to support vitamin E supplementation to improve glycosylated hemoglobin, fasting blood glucose and Fasting insulin. 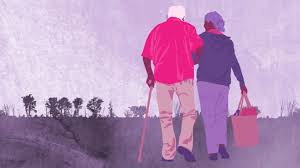 As people get older, memory and cognitive function will gradually degenerate, and this process is usually very slow. Unless there is a sudden stroke, or the brain is injured for various reasons, it is impossible to suddenly develop dementia.

Generally, forgetfulness and dementia caused by aging are completely different situations. Forgetfulness is the occasional forgetting of things and things, but it will still be remembered later, while in dementia, the frequency of forgetting will increase, and even if others remind you, there is no impression. Even started to deny what happened.

At present, about 60% of dementia cases are Alzheimer’s disease, a disease in which brain nerve cells gradually die. In the advanced stage, cognitive and behavioral abilities may even be lost, requiring people to take care of their daily life.

A double-blind controlled study (average duration of 2.3 years in 613 patients with mild to moderate Alzheimer’s disease) found that compared with taking the drug Memantine (an acetylcholinesterase inhibitor) and placebo, vitamin E Helps to slow down the deterioration of clinical symptoms (such as eating, bathing, shopping and eating, the decline rate is reduced by about 19%, equivalent to 6.2 months).

＊Conclusion: For Alzheimer’s disease, vitamin E may help patients maintain a longer independent life and reduce the possibility of being cared for, but limited by the small sample size, more research is needed for further verification. 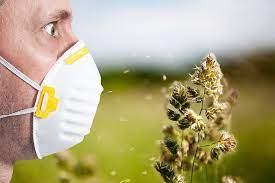 Seasonal allergic rhinitis (SAR), also known as hay fever, is a complex symptom of An inflammatory state of the upper respiratory tract that occurs when pollen of trees, grasses, and weeds affects 30% to 40% of adults and children, with an increasing prevalence.

To date, treatment of allergic rhinitis has included allergen avoidance, medication, and immunotherapy. However, complete avoidance of allergens may not be advisable for SAR, as it may require limiting time outdoors.

The underlying mechanism is believed to be related to the inhibition of inflammatory response by vitamin E and the production of the allergic antibody IgE (immunoglobulin E).

＊Conclusion: For seasonal allergic rhinitis, vitamin E may have positive help, but limited by the small sample size, more research is needed to further verify.

Are there any side effects of vitamin E?

Oral vitamin E is generally considered safe when taken in appropriate doses. Most people do not experience any side effects when taking the recommended dose of 15 mg (22.5 IU) per day.

Be aware, however, that possible side effects that have been reported with high doses of vitamin E include: nausea, diarrhea, stomach cramps, fatigue, weakness, headache, sarcosinemia, blurred vision, rash, constipation, bruising, and bleeding.

Safety Precautions (9 Points of Use Taboo)